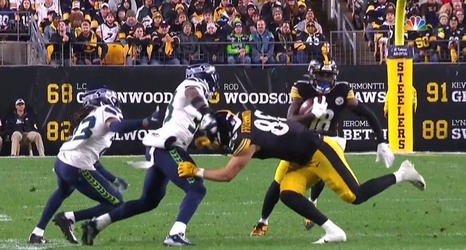 Pittsburgh Steelers rookie second-round pick Pat Freiermuth has developed into the team’s number one tight end, the only one of the three on the roster that has been on the field for at least 50 percent of the team’s offensive snaps. It’s not a landslide, however, as both Eric Ebron and even Zach Gentry are getting their share of playing time.

It was inevitable from the moment that he was drafted, of course, that Freiermuth would be destined for the number one role. He was named a co-starter at the beginning of the regular season, which was a slight surprise, but he has so far proven to be worthy of that confidence, even as he grows on the job—both as a receiver and a blocker.