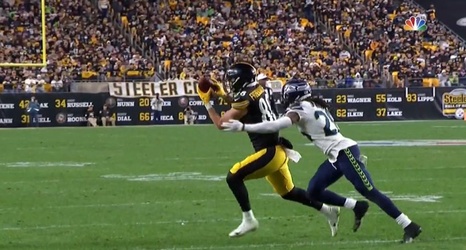 Arguably no Steeler is benefitting more from the loss of JuJu Smith-Schuster than tight end Pat Freiermuth. Of course, Freiermuth, isn’t gleeful about Smith-Schuster’s injury. But he is taking advantage of the opportunity, putting up season-high numbers in Sunday’s win over Seattle. He caught seven passes on seven targets for 58 yards, serving as a trusty underneath option for QB Ben Roethlisberger, who rarely and ineffectively pushed the ball downfield in the overtime victory.

Speaking with reporters Tuesday, Freiermuth said his confident is growing alongside his role.

“I understand the offense and what they’re trying to have us do as a whole and specifically the tight end position,” he told reporters in audio provided by the team.