Out with new upper-body injury, Jarry won't return until after All-Star break 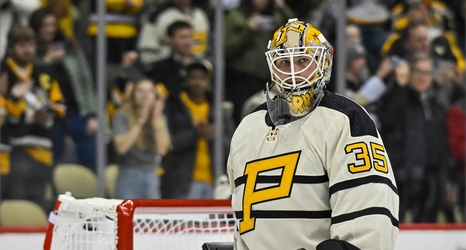 CRANBERRY, Pa. -- Tristan Jarry was supposed to get the start in goal for the Penguins against the Panthers Tuesday night at PPG Paints Arena. But as puck drop neared, it was Casey DeSmith who led the Penguins out onto the ice for warmups. Jarry was nowhere to be found.

Jarry participated in the Penguins' morning skate in full without any visible hinderances, but it was announced by Mike Sullivan following the game that Jarry was being evaluated for an upper-body injury. Sullivan found out about Jarry's latest injury when the 27-year-old arrived at the rink Tuesday afternoon.