One Play Reminds You How Special Devin Bush Is 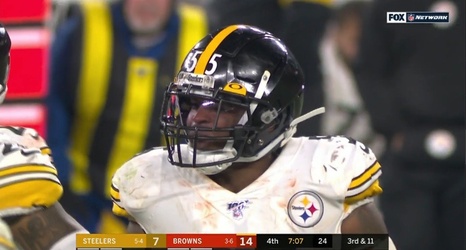 Devin Bush is off to a really good season. The turnover numbers have slowed a bit, that’s natural, but he’s been as advertised through his first 11 games.

One play in the fourth quarter of Thursday’s ugly loss to Cleveland reminded me of that. The traits that made Bush a blue-chip prospect, one the Steelers liked so much they made the rare move to trade up ten spots to select him.

On 2nd and 10, Baker Mayfield threw a busted screen to RB Kareem Hunt. Bush read it the whole way, took off at Mach 5 speeds, with a great angle across the field to drop Hunt for a one yard loss.