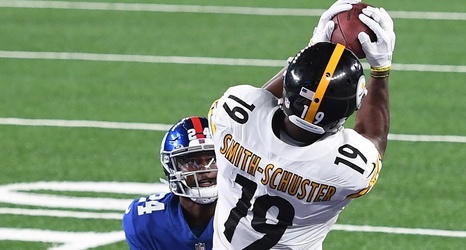 There were many unknowns as the Steelers prepared for the 2020 regular season opener against the Giants at MetLife Stadium on Monday Night Football.

For starters, how would their returning franchise quarterback, Ben Roethlisberger, look after being sidelined for almost exactly one year with a major elbow injury? How would the team perform as a whole after an offseason that was unlike any other and didn’t include OTAs, rookie camp and mini-camp. As far as training camp? That didn’t include much news that wasn’t process, filtered and censored.

But if you were like me and expected Monday night’s season lid-lifter to start off slow and then pick up steam as the game progressed, you were not surprised by the Steelers 26-16 victory and workmanlike performance.