Nick Chubb, Browns ‘Controlled The Game’, Tomlin Says: ‘We Knew That And We Didn’t Get it Done’ 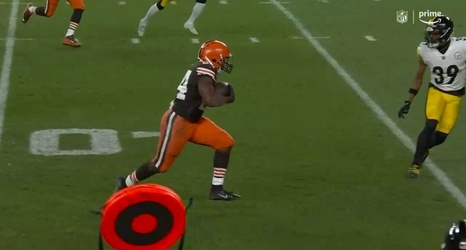 The one thing that we heard more than anything else from the Pittsburgh Steelers coming into tonight’s game was the reality that the key to winning was stopping Nick Chubb, the Pro Bowl running back for the Cleveland Browns. It was their central focus preparing for the game. And they failed to slow him down.

In spite of the fact that he has proven to be arguably the best running back in the league, Chubb has actually not had many stellar performances against Pittsburgh up to this point in his career. He only had one 100-yard rushing game versus the Steelers coming into the night.