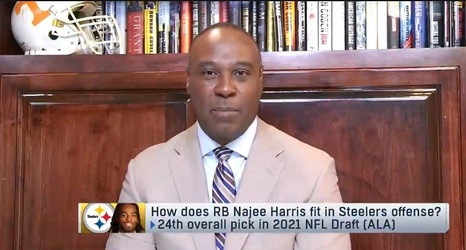 Was former Alabama running back Najee Harris the perfect first round pick for the Pittsburgh Steelers in 2021? Several people believe that’s the case and Charles Davis of the NFL Network is one of them. Davis, when asked recently about the Steelers selection of Harris in the first round of the NFL Draft, even went as far to compare him to a former Pittsburgh running back that’s in the Hall of Fame, Franco Harris

“Well, to me the fit is almost perfect,” Davis said of Najee Harris’ fit with the Steelers. “What would have been perfect is if Franco Harris had announced him as the pick because that was my comp for him.