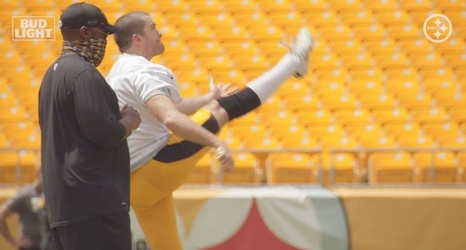 The Pittsburgh Steelers face a tall task in Week 1 when they take on the reigning AFC Champions in the Cincinnati Bengals. Pittsburgh has a new quarterback to go along with new faces along the offensive line and the wide receiver room, while the Bengals retain a lot of the same core that took them to the Super Bowl while revamping the offense line with additions of La’el Collins, Alex Cappa and Ted Karras. The NFL Network team of writers doesn’t think too highly of Pittsburgh’s chances against Cincinnati, as in their game preview posted to YouTube, all ten picked the Bengals to win.