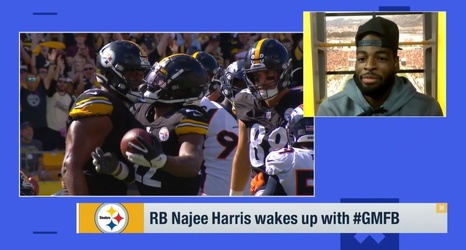 Last week, we wrote bout Najee Harris’ relationship with Jerome Bettis. And that the next time Bettis was in town, the two running backs would link up. Today is evidently that day. Appearing on NFL Network’s Good Morning Football, Harris says he and Bettis are going to watch film later today.

“He’s actually going to come here today,” Harris said of Bettis. “We’re going to break down a couple films. I actually reached out to him…I’m always open to learn.”

Few players would be better to learn from than picking the brain of a Hall of Famer and a power back like Bettis, one of the most successful and well-liked players in team history.