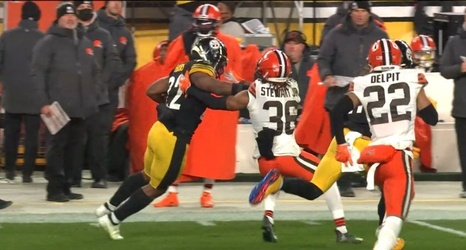 He still managed to play 75 percent of his team’s snaps or more in all but three games this year, and he never dipped below 50 percent. His lowest total was just last week, when he had to leave against the Baltimore Ravens after injuring his arm on the opening drive. He returned in the third quarter, however, and remained out there through overtime, making a couple of crucial plays on the final game-winning drive.