Mitch Trubisky Talks Inability To Score On Possession Before Halftime: ‘We Just Got To Be Better’ 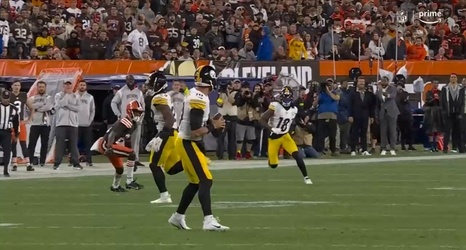 For the second game in a row, the Pittsburgh Steelers had a chance to get points before halftime and weren’t able to execute. On Sunday against the New England Patriots, the Steelers had the ball at their own 48 with 17 seconds left and failed to score after Mitch Trubisky took a bad sack that basically ended their hopes of scoring. On Thursday night against the Cleveland Browns, they had the ball at the Cleveland 43 with 16 seconds left, but back-to-back incompletions and then an incompletion as time ran out in an attempt to set up a shorter field goal again led to zero points.