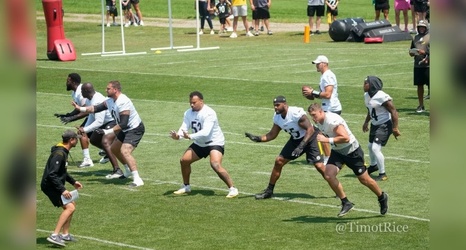 A lot of the conversation about the Pittsburgh Steelers’ offense this season has surrounded the subject of what it would look like without Ben Roethlisberger under center. Even though the team retains the same offensive coordinator from last season in Matt Canada, there seems to be a belief that there will still be some notable differences based on the skillsets of those under center.

The number one on the quarterback depth chart (as confirmed earlier today), Mitch Trubisky, talked a little bit about that with Pat Kirwan, Jim Miller, and Paul Alexander during a spot on SiriusXM Radio’s Movin’ the Chains program, regarding the direction the offense is heading in terms of installation.