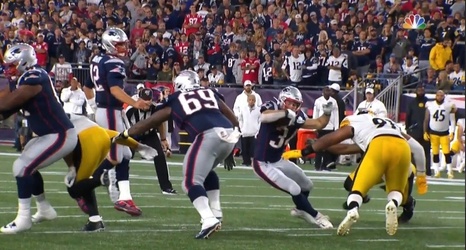 Pretty much everything went wrong for the Pittsburgh Steelers Sunday night against the New England Patriots in Foxborough on Sunday Night Football.

Fortunately for the Black and Gold, tackling wasn’t really an issue Sunday night. Yes, two misses occurred on a Patriots touchdown, so the Steelers didn’t give themselves a chance to defend blades of grass after the mistake. However, tackling overall was solid. Some of New England’s big plays were coverage busts and boneheaded decisions to not play the ball, not missed tackles. That’s at least a positive start to the season.

Let’s get to the Week 1 missed tackles report so we can put an end to a dreadful first week and fully focus on Seattle.