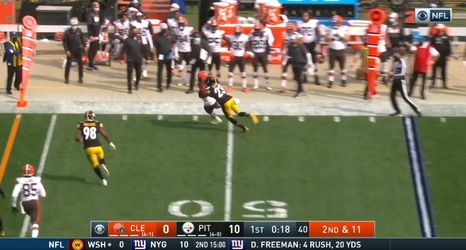 For all the talk leading up to Sunday’s Browns-Steelers matchup at Heinz Field being a chance for the Browns to assert themselves as the real deal in the AFC North and the NFL overall, it was the Steelers who asserted themselves – again – as big brother in the long-standing rivalry.

On top of all that, the Steelers turned in their second best tackling performance on the young season.