Minkah Fitzpatrick, Terrell Edmunds Work So Well Together Because We ‘Do What’s Best For The Team’ 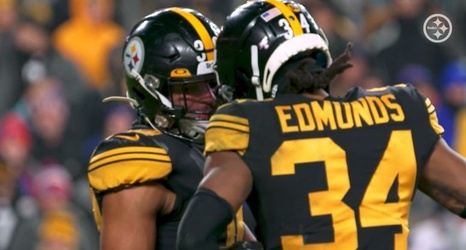 It’s rare for any team to have a pair of first-round safeties, let alone a pair from the same draft class, but the Pittsburgh Steelers managed to pull that off by trading for Minkah Fitzpatrick during the 2019 season after having used their first-round selection the previous year on Terrell Edmunds.

The two have put together 30 starts as a unit since then, and are probably one of the better safety tandems in football, combining for six interceptions last year. Fitzpatrick gets all the notoriety, a two-time first-team All-Pro, but he has consistently stood up for his teammate as well.