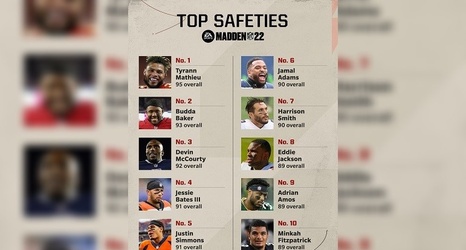 On Wednesday, I wrote about T.J. Watt possibly being snubbed when it comes to his Madden NFL 22 rating that was just released, as the resulted in him being the third-ranked edge rusher in the league behind Myles Garrett and Khalil Mack. While that Watt Madden rating might look bad to most Steelers fans, it pales in comparison to the one that safety Minkah Fitzpatrick received.

On Thursday, the Madden 22 safety ratings surfaced and hold on to your hat, Fitzpatrick is ranked 10th overall in the game with a 89 overall rating.

That revelation and news really blew up on social media.