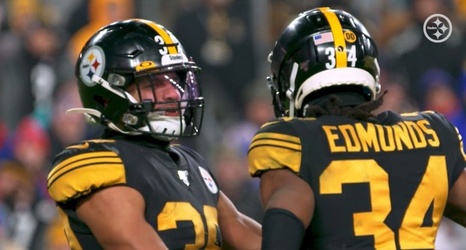 We’ve covered much of Minkah Fitzpatrick’s NFL Game Pass session, breaking down X’s and O’s and doing a tremendous job of offering insight into his mind and how the Steelers’ defense works. There was one last interesting bit worth sharing with you guys.

Fitzpatrick explained that often times when the Steelers’ safeties decide to disguise their coverages, it’s not a direct coaching point but communication and a decision made between Terrell Edmunds and Minkah Fitzpatrick. He went on to say it can happen prior to a drive or even before a particular play.

“Sometimes me and Terrell will talk a lot,” Fitzpatrick said.