Minkah Fitzpatrick: ‘Every Single Time You See Me Making Plays, That’s Me Doing My Job’ 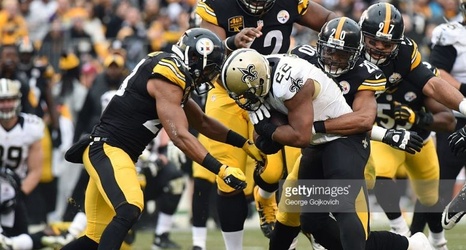 Minkah Fitzpatrick has only been a member of the Pittsburgh Steelers for about a month and a half or so, spanning five games played. In those five games played, he has already produced four turnovers, and had a hand in producing another.

His three interceptions are more than any one player had last season, and are tied for the most by any defender for the Steelers since Troy Polamalu’s Defensive Player of the Year campaign in 2010, during which he picked off seven passes. The last time a Steelers defender finished with three interceptions was in 2017, when both Ryan Shazier and Sean Davis did it.