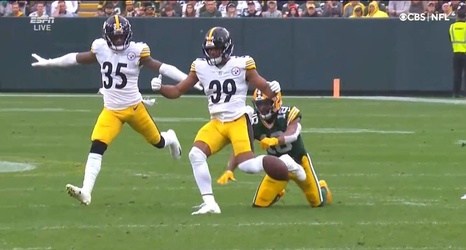 One of the most frustrating aspects of the 2021 season for the Pittsburgh Steelers so far, given what they had been able to produce over the past two seasons, has been their sluggish production in taking the ball away.

While they’ve gotten some in key moments—just this past week, T.J. Watt strip-sacked Seattle Seahawks quarterback Geno Smith in field goal territory in overtime, directly leading to a victory—the bottom line is that they have just five takeaways in six games, which ranks tied for the fifth-fewest in the NFL.

Safety Minkah Fitzpatrick has been a huge part of their turnover production over the past two seasons.