Minkah Fitpatrick Slams Door On Rams With Another Set Of Takeaways 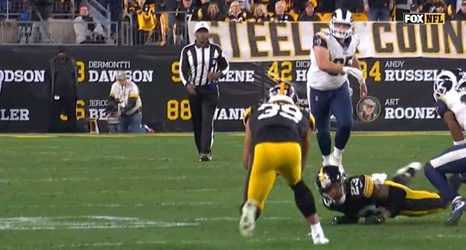 Minkah Fitzpatrick continues, week by week, to reinforce the Pittsburgh Steelers’ decision to give up a first-round pick in order to acquire him. The second-year safety sealed the team’s fourth consecutive victory just moments ago with an interception off of pass defensed by Joe Haden, who had several during the game.

Fitzpatrick himself put together another very impressive game, earlier in the first half recovering a fumble off of a Javon Hargrave strip sack that he returned for a touchdown, which proved to be the margin of victory. It matched a Dante Fowler scoop-and-score for the Los Angeles Rams to start the game.