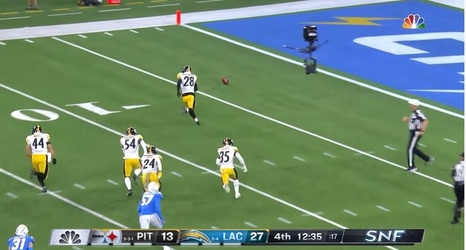 Miles Killebrew has two blocked punts this season, the first Pittsburgh Steeler to do so in who knows how long. But he’s unselfishly not taking all the credit. Like any other aspect of football, he’s reliant on teammates to do their job so he can do his. Speaking to reporters Thursday, Killebrew gave the ten guys he plays with credit for making those game-changing plays happen.

“Any time a punt is blocked, usually it’s a combination of a lot, multiple guys effort on a play,” he said via Steelers.com. “Just take this last game. For example, I’m not getting there, I’m not getting in that open gap unless I have like three or four or five different guys doing their job all at the same time.