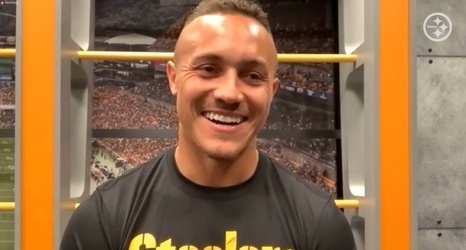 Danny Smith might not look it but few coaches fire up his guys the way he does. The gum-chomping, chiclet-spittin, fiery Smith got the Pittsburgh Steelers’ special teams turned around in the second half of Sunday’s win over Buffalo. After an ugly first half that saw a 75 yard kick return and near punt block, Miles Killebrew blocked a Matt Haack punt that led to a Steelers’ score, giving them a two-score lead as part of a fourth quarter flurry to jump ahead of the Bills.

Speaking with reporters today, Killebrew credited Smith for having that unit ready to make a play.