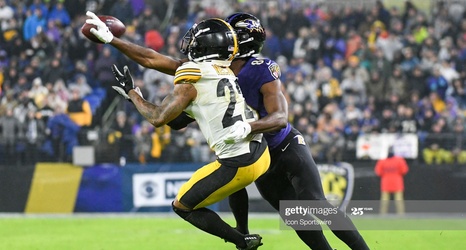 The Baltimore Ravens began their second overhaul of their wide receiver group last year, shifting from relying on free agents to building through the draft, when they invested two high draft picks in the position. While first-round pick Marquise Brown had a very encouraging rookie year, third-rounder Miles Boykin underwhelmed, by and large.

Although he did manage to secure three touchdown receptions, Boykin only caught 13 passes during the 2019 season for 198 yards, and just over a quarter of that yardage came on one 50-yard reception. Having played 425 snaps during the year, that’s not exactly an eye-popping stat sheet.