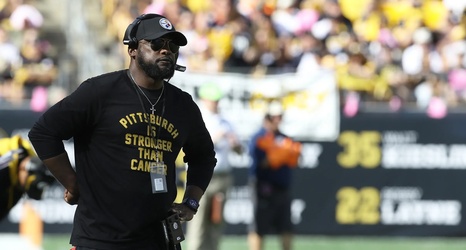 The rumor mill doesn’t stop or slow down for anyone when it comes to the game of football. All it takes is one personality, or former player, to float a rumor on social media or television and it can catch like wild fire.

That has been the case the past 48 hours after Carson Palmer and others have said publicly Mike Tomlin would be a ‘front-runner’ for the vacant USC job in the PAC-12. During Tomlin’s Tuesday press conference Tim Benz of the Pittsburgh Tribune-Review decided to ask Tomlin about the rumors, and Tomlin didn’t hold back.

“Hey guys, I don’t have time for speculation.