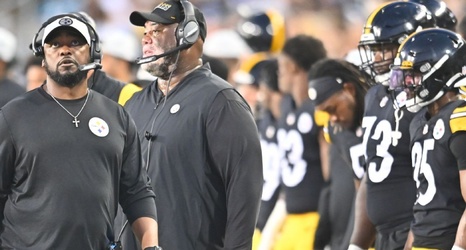 PITTSBURGH -- After winning Sunday night's game against the Seattle Seahawks 23-20 in overtime, Pittsburgh Steelers coach Mike Tomlin was still incensed about a call in the final seconds of regulation.

With time running out and the Seahawks driving for a game-tying field goal, quarterback Geno Smith completed a 12-yard pass to DK Metcalf. Cornerback James Pierre punched the ball out of Metcalf's grasp, and wide receiver Freddie Swain recovered it inbounds with the clock running.

The Seahawks quickly picked up the ball, ran it to the line of scrimmage and spiked it with one second left, doing so as officials blew their whistles to signal for a review of the previous catch.