Mike Tomlin Open To Using ‘All Three’ Edge Rushers At Once 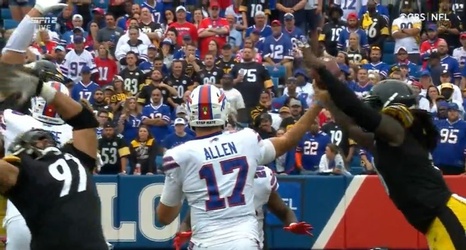 It is now going on half a decade since the Pittsburgh Steelers established themselves as consistently the best pass-rushing team in the NFL. Even though they only generated three sacks in their season opener on Sunday against the Buffalo Bills (still fourth-most for the week), they put an incredible amount of pressure on fourth-year quarterback Josh Allen.

While All-Pro defensive tackle Cameron Heyward was a crucial part of that, the Steelers’ trio of edge rushers really drove that game, led by T.J. Watt and his two sacks, along with second-year Alex Highsmith, and free agent addition Melvin Ingram.