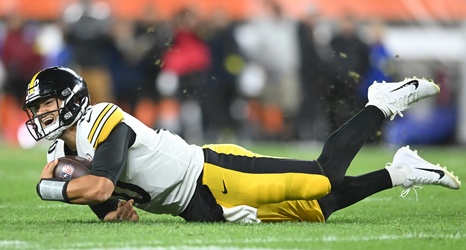 The Pittsburgh Steelers were losers in Week 3, falling 29-17 to the Cleveland Browns on Thursday Night Football. Offensively, not everything was bad. The team put up 14 first half points, but stalled in every sense of the word in the second half.

Mitch Trubisky remained at the helm for the duration of the game in Cleveland, and after three straight three-and-outs in the second half, fans are wondering if Mike Tomlin has seen enough to make a change.

After the game Tomlin was asked by media if he was considering making a change at the position with the team having a 10-day layoff following the Thursday night game.