Mike Tomlin Calls POOTOS ‘The Storyline Of The Game’ As 49ers Outscore Steelers 14-6, Despite +3 Turnover Margin 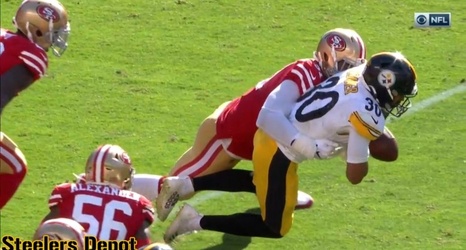 The Pittsburgh Steelers became the first team since the 2015 season to lose a game with a turnover margin of plus-three or better this evening as they fell to the San Francisco 49ers. But it seems fitting anyway, as three of those turnovers were unforced errors by the home team, and the Steelers did very little with them.

Incredible, Pittsburgh technically recorded five defensive takeaways in the game. The offense managed to score two field goals on those five possessions, and on both occasions, those two scoring drives started in field goal range.

Meanwhile, the offense gave up the ball twice, both in the second half, and the 49ers took full advantage, scoring touchdowns, including the game-winner, which put them up by four with 1:15 left on the clock.