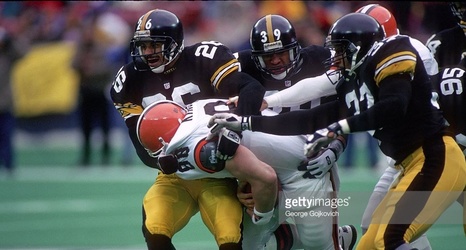 The Pittsburgh Steelers already found four representatives to the NFL 100 All-Time Team. They saw the addition of two more of their own last night when the secondary was announced, as both Hall of Fame cornerbacks Mel Blount and Rod Woodson were named. Safeties Troy Polamalu and Donnie Shell, however, were not, despite being named among the finalists.

Blount and Woodson are both members of the Pro Football Hall of Fame. Shell should have been years ago, while Polamalu has the potential to reach it next year during his first year of eligibility.