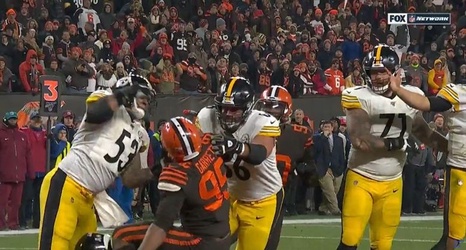 The NFL has handed out their initial punishment following Thursday’s brawl between the Pittsburgh Steelers and Cleveland Browns.

The initial suspensions are as follows:

Here is the full statement from the league.

If Pouncey doesn’t get his suspension reduced on appeal, he won’t be eligible to play until Week 15 against the Buffalo Bills.