Matt Bowen Takes The Over For Steelers’ 9.0 Win Total Prediction 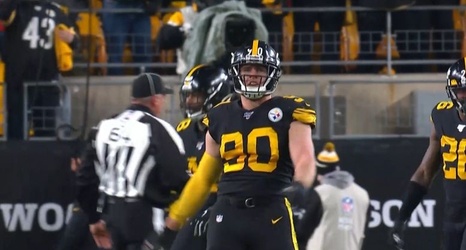 The Pittsburgh Steelers’ over-under for win totals ahead of the 2020 regular season in the post-draft analysis was posted recently, and Las Vegas currently has their number at 9.0 wins. Pittsburgh has fallen short of that win total in each of the past two years—but they should have a much better offense than they did in 2019, and a much better defense than in 2018.

Still, there is naturally going to be some hesitance, if not skepticism, about throwing money behind a team whose franchise quarterback is 38 years old and hasn’t thrown an NFL-worthy pass since the middle of September, between then and now having surgery on his throwing elbow because it gave out on him.