Mark Robinson Sees Similarities With Vince Williams, Too: ‘We Didn’t Just Sit Around Waiting For An Opportunity’ 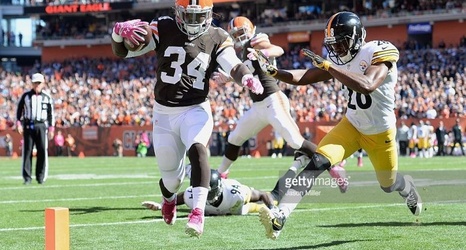 Former Pittsburgh Steelers inside linebacker Vince Williams’ recent comment about rookie Mark Robinson drew some attention on Wednesday. He said that the seventh-round draft pick is better than he was back in 2013 as a rookie himself.

While it may have seemed like a bit of an offhand comment at the time, it’s worth remembering that, although he is now retired and beginning a coaching career, he was actually in training camp earlier this month. Yesterday, Robinson confirmed that he talked to Williams at that time, speaking to Tim Benz of the Pittsburgh Tribune-Review.

“He’s a good guy who had a good career.