Mark Barron Enjoying Victory Over Former Team, Happy To ‘Make It Look The Way It Did’ 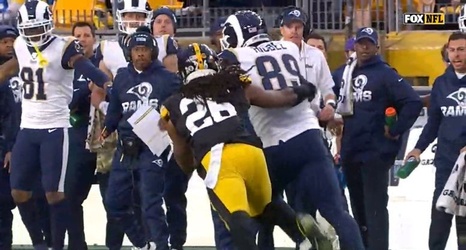 Everybody is talking about Minkah Fitzpatrick today, and if they have voice to spare, they might pass it on to T.J. Watt and to Cameron Heyward, the Pittsburgh Steelers’ three blue-chip defenders, all three of whom may make an appearance in the Pro Bowl this year.

But spare a comment, as well, for Mark Barron, the guy who often gets overlooked. He was signed in free agency to a two-year, $12 million deal, before the Steelers traded up in the draft to get Devin Bush. But Barron is still playing a lot, and he had a huge role last night against the Los Angeles Rams.