Lolley's Kickoff: Underdog Steelers get their rematch with Chiefs 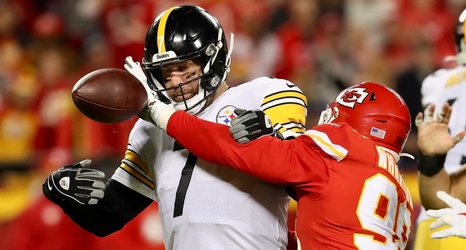 KANSAS CITY, Mo. -- Three weeks ago, the Steelers' season hit its lowest point with a 36-10 loss to the Chiefs that wasn't even as close as the massive gap in the final score would indicate.

The Steelers were simply outclassed and, in the words of Mike Tomlin, "smashed" by the Chiefs the day after Christmas at Arrowhead Stadium.

That loss dropped the Steelers to 7-7-1 and on the outside looking in on the playoff race in the AFC. Things looked bleak. After all, in the Steelers had lost four of six games and had allowed 36 or more points in all four of the losses.