Kevin Dotson On Exit Interview: You Don’t Want To ‘Think You’re Better Than You Are’ 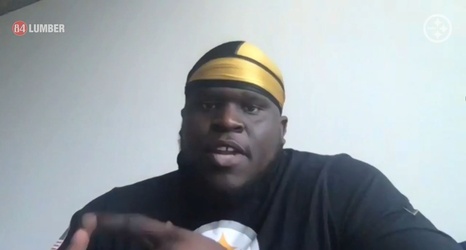 Exit meetings are an important barometer for both players and teams to gauge where things stand and where to go next. They help set the schedule for what’s to come during the offseason, and even beyond, which is why it’s interesting at times to hear what players are told during their exit meeting.

Missi Matthews recently asked second-year guard Kevin Dotson what the Pittsburgh Steelers coaches told him during his own exit meeting, during which he started four games, and was seen as a starting candidate for 2021.

“My interview was more of like, just telling me the potential that I have, and to not fall into that second-year slump or get too—I don’t want to say too confident, but you don’t want to get to the point where you think you’re better than you are”, he said, during the interview on the team’s website.