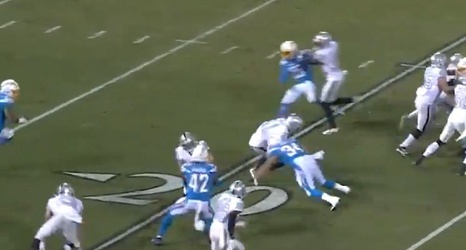 The Pittsburgh Steelers surprised several people at the start of the 2020 NFL league year with their signing of free agent fullback Derek Watt, the older brother of outside linebacker T.J. Watt. With that move now two weeks old, Steelers general manager Kevin Colbert finally commented on the team’s addition of watt during his Tuesday question and answer session with fans as part of the Steelers Nation Unite program.

“When we picked up Derek Watt, we understood what Derek’s role will be as a fullback, as an h-back, a very similar role to what he played offensively for the Chargers,” Colbert said.