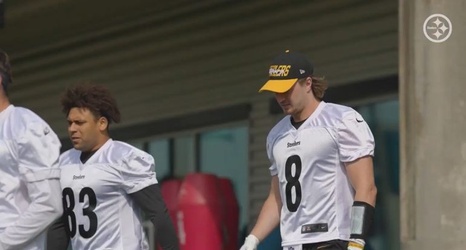 The Pittsburgh Steelers declared their intentions as soon as they used their first-round draft pick on Kenny Pickett. He would be their quarterback of the future. What is yet to be determined is when precisely that future would begin, with Mitch Trubisky and Mason Rudolph also on the roster this summer.

The rookie spent OTAs and minicamp working as the third-string arm, as the coaching staff intended, but even head coach Mike Tomlin made it clear soon after he was drafted that their intention was to give him an opportunity to compete for the starting job. That’s what his focus is heading into training camp, he said on the Perfect Thursday podcast, working his way up the depth chart.