Keith Butler: We Need To Pressure The QB 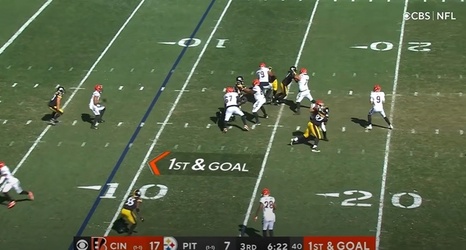 Last Sunday, for the first time in nearly five years, the Pittsburgh Steelers’ defense went a regular season game without a sack. Not only that but they barely pressured Bengals’ QB Joe Burrow, who sliced and diced the Steelers’ secondary to the tune of three touchdowns in a comfortable win.

If the Steelers don’t want Aaron Rodgers to have a repeat performance, Keith Butler knows they have to turn up the heat this week. Speaking to reporters after today’s practice, Butler emphasized a point that’s felt like a given about this defense for decades.

“I think what we gotta do is put pressure on the quarterback,” Butler told reporters in video via the team.