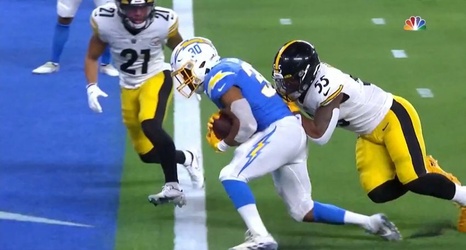 Whatever the reason may be, Devin Bush isn’t playing well enough this season. And while he’s far from the only one struggling, no one on this Pittsburgh Steelers’ defense has been under the microscope like he has. Bush is coming off a poor performance against the Los Angeles Chargers Sunday night. Speaking to the media Thursday, Keith Butler outlined how Bush can turn his season around.