Keith Butler On Performance Of OLBs: In 2019 ‘It Isn’t Me; It’s Always Good Football Players’ 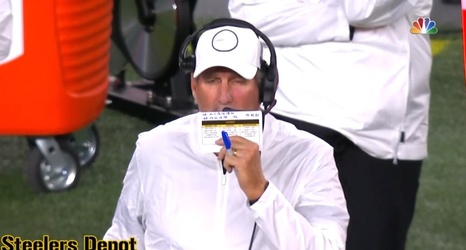 The Pittsburgh Steelers outside linebackers are having their best season in years. The best since Keith Butler was the linebackers coach, before he was promoted to defensive coordinator, taking over Dick LeBeau’s post. And, as it just so happens, Butler is working with the outside linebackers again this year after the team elected not to renew Joey Porter’s contract.

Coincidence? More or less, if you ask Butler. Speaking to reporters yesterday, following a game in which his starters accounted for three and a half sacks—really, probably should have been a straight four—he didn’t take any credit for their own talent and performance.