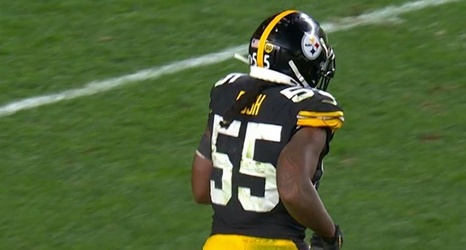 Though his playing time had been ticked down just a bit over the course of the week prior to last, Devin Bush remains a fixture and a cornerstone of the Pittsburgh Steelers’ defense. His dynamic playmaking may have trickled in recent weeks—he hasn’t produced or forced a turnover since before the bye week, and only has two tackles for loss and one pass defensed since then—but he is still the steady contributor the team expected him to be, with that game-changing speed that allows him to make plays others can’t.

Make no mistake, there is no disappointment in Bush, nor his progression as a rookie, no matter the circumstances week to week.