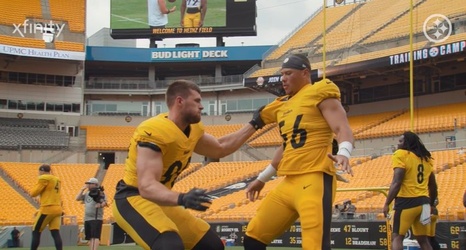 With the Pittsburgh Steelers focusing heavily on the offensive side of the ball during the course of the 2022 NFL Draft, it’s understandable that they were not able to address every possible need on the other side. They only used two of their seven draft picks on defenders, with third-round defensive lineman DeMarvin Leal the only draft pick earlier than round six.

After failing to address the secondary, the Steelers even quickly turned around and signed veteran free agent safety Damontae Kazee shortly afterward. One area lacking quality depth, however, remains the outside linebacker position, at least in the opinion of Mark Kaboly of The Athletic.