JuJu On Friendship Fallout With AB: ‘I Have No Hard Feelings Against Him’ 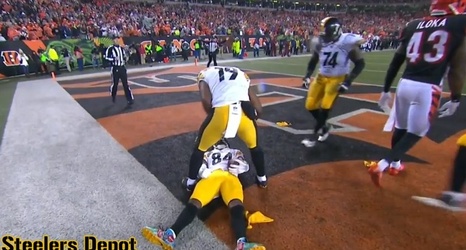 To what specific degree we don’t really know, but the relationship between Pittsburgh Steelers wide receiver JuJu Smith-Schuster and his former teammate, new Oakland Raiders wide receiver Antonio Brown, went way south ever since the former was voted the team’s 2018 MVP. During his Wednesday mandatory minicamp media session, Smith-Schuster was asked if he’s disappointed how things ended between him and Brown.

“You know, I mean, like I said, I liked him as a role model and that situation, you know, I didn’t want it to end like that,” Smith-Schuster said.