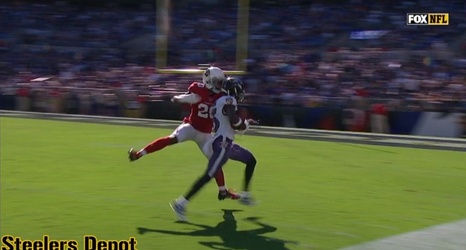 The Baltimore Ravens made Marquise Brown the first wide receiver off the board during the 2019 NFL Draft, one of just two wide receivers taken in the first round that year—much in contrast to the way they went flying off the board this year. If memory serves, Chase Claypool was the 11th overall wide receiver taken, by the Pittsburgh Steelers, at pick number 49.

And they drafted him even though they barely got a look at him in the offseason process. He was recovering from a foot injury that was bad enough to require surgery and a couple of screws being bolted in there.