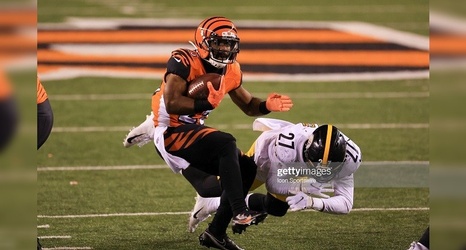 The Cincinnati Bengals cut ties with longtime running back Giovani Bernard and now the 29-year-old North Carolina product is looking for a new team after playing all of his eight NFL seasons with the franchise that originally selected him in the second round of the 2013 NFL Draft. So, should the Pittsburgh Steelers now look into signing the former Bengals running back? Longtime NFL insider John Clayton thinks they should and said as much during his Wednesday interview on 93.7 The Fan.

“I think so, yeah,” Clayton said after being asked if the Steelers should pursue Bernard now that he is a street free agent.