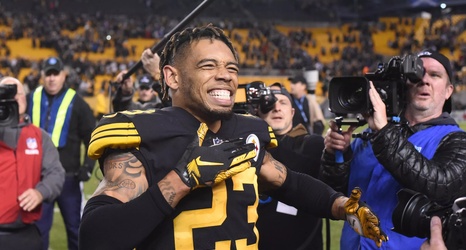 According to Jeremy Fowler and Adam Schefter of ESPN, Joe Haden and the Pittsburgh Steelers have agreed on a two-year contract extension.

Joe Haden and Steelers reach agreement on two-year extension worth $22 million with $16.8 million signing bonus, per source. Both sides worked on this one for much of August.

While the length of the contract would be what many have expected, the larger question was if Hayden would be receiving an extension or an all-new three-year deal. If the report holds true and Haden is given a two-year extension, a likely scenario would be for almost $9 million of the $10 million Haden was due in 2019 being converted to a signing bonus and spread out over the length of the contract.