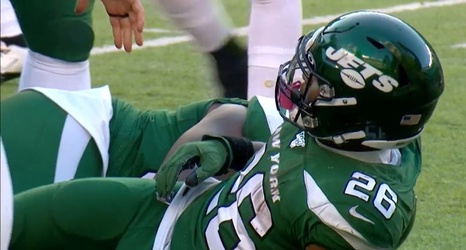 Things could have gone…ah…better for running back Le’Veon Bell in his first season with the New York Jets. Following a year in which he skipped the 2018 season rather than play under a second consecutive franchise tag with the Pittsburgh Steelers, the veteran running back signed a lucrative deal in New York, but the team still finished below .500, and his numbers were well below par.

He ultimately finished with just 245 carries, easily his fewest attempts per game in his career, for a mere 789 rushing yards. He had just three rushing touchdowns on the season while averaging 3.