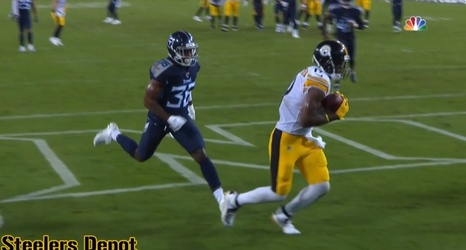 One of the biggest questions that the Pittsburgh Steelers have been bombarded by from the outside this offseason since they traded Antonio Brown has been whether or not third-year wide receiver JuJu Smith-Schuster can step up into the void he left behind and be that number one receiver.

While he emerged as a great number two in the league, he hasn’t played much over the course of his first two seasons without Brown drawing double coverage, so many have been skeptical over whether or not Smith-Schuster can thrive when the attention is on him.