James Harrison Offers Advice For T.J. Watt On How To Play Aaron Rodgers: ‘Smash His Face In’ 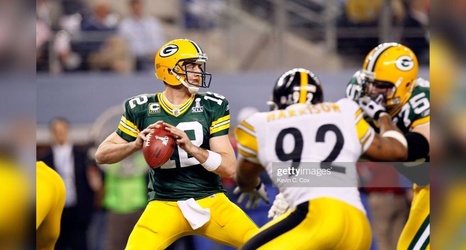 While the Pittsburgh Steelers look like they’ve already been through the ringer this year, they may have their toughest challenge of the season on deck as they head up north to battle the Green Bay Packers and quarterback Aaron Rodgers. When they do, they hope they will have edge rusher T.J. Watt back on the field to help chase him down back in his home state.

Watt recorded three sacks and two forced fumbles during the first five-plus quarters of the 2021 season before pulling a groin. That wiped him out for the second half of that game, and he sat out Sunday’s loss to the Las Vegas Raiders, but he seemed close to playing.