James Conner Happy To Be Back With James Saxon, Who ‘Was Always More Than A Coach To Me’ 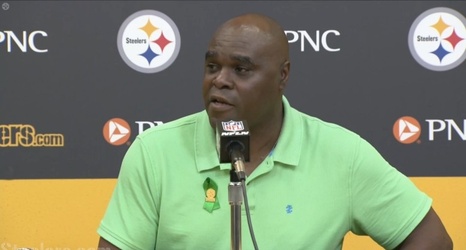 The Pittsburgh Steelers lost another unrestricted free agent yesterday when running back James Conner signed a deal to join the Arizona Cardinals, where he will have some familiar faces around in the building—a not uncommon theme for former Steelers who join the Cardinals, as anybody who has been paying attention for the past decade and a half would know.

While former teammate Marcus Gilbert is there, Kelvin Beachum is as well. Beachum left in free agency before Conner was drafted in 2017, but was in Pittsburgh while the running back was at Pitt, and no doubt they were acquainted at that time.